By Wisconsin Coalition to Normalize Relations with Cuba on September 18, 2017 • ( Leave a comment ) 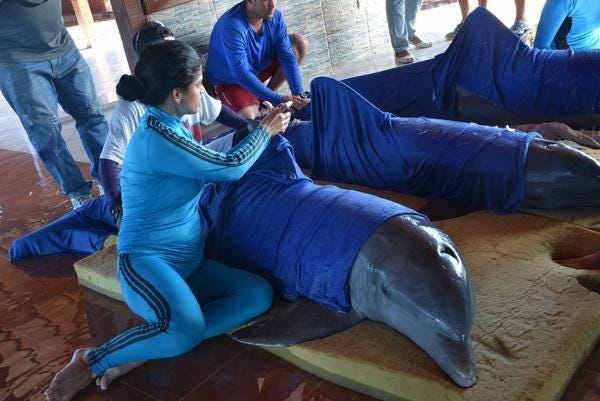 Teams of rescue workers in Cuba airlifted a group of dolphins to safety from Hurricane Irma, hours before winds of up to 160mph struck the area.

The mammals were housed in an aquarium on the island of Cayo Guillermo, off the north central coast of the country, where theCategory 5 storm swept across the archipelago.

Officials removed the six sea creatures from the water and placed them on mats, then wrapped them in giant blue sheets to prepare them for the evacuation. 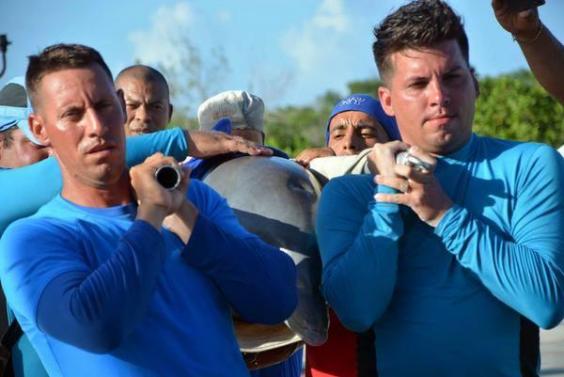 Trainers then massaged the mammals’ head to minimise the distress caused, footage on a local news channel Mediodia showed. 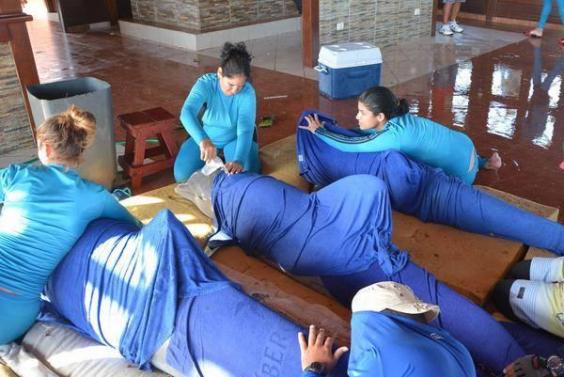 Rescue workers then carried the dolphins on poles on their shoulders to a waiting helicopter – which flew the mammals to safety in the southern province of Cienfuegos.

But Dolphinarium manager Gonzalo Carrero Escobar said: “If the weather situation does not allow us to keep them there, they will be displaced to the saltwater swimming pool of a hotel.”

It came hours before Hurricane Irma ripped across the north of Cuba, with winds of up to 160 mph battering areas including Camaguey Archipelago.

Television footage showed huge waves crashing over sea walls and power lines downed as the deadly storm swept past. It is the latest episode in a trail of devastation that Irma has left after pummeling through the Caribbean, leaving 21 dead in its wake. 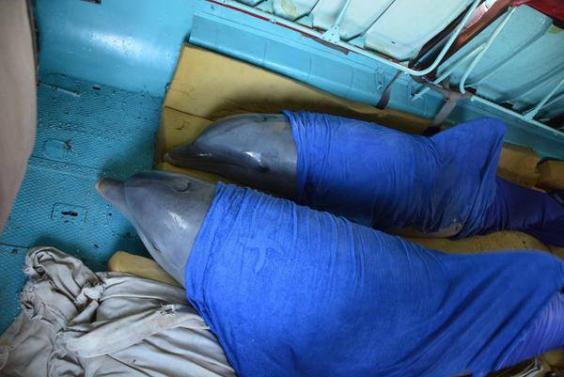 The mammals during their transit (Agencia Cubana de Noticias/Facebook)

Millions fled from Florida in the past two days as the Category 5 storm is set to batter the southern coast of the state today.

The National Hurricane Centre has issued hurricane and storm surge warnings for the area, where officials ordered a mass evacuation from low-lying areas under threat from the violent winds.